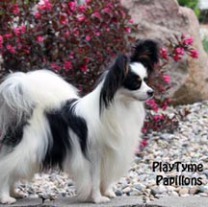 While farm land fertilization with animal and human feces continues, so does the fight against giardia in canines.  Giardia is injested. Once a person or animal has been infected with Giardia, the parasite lives in the intestine and is passed in feces. Because the parasite is protected by an outer shell, it can survive outside the body and in the environment for long periods of time (i.e., months)and in extreme temperatures (ie.    -13degrees celcius)

Giardia can result from the stress of changing homes

Giardia infection can cause a variety of intestinal signs or symptoms, which include

These symptoms may lead to weight loss and dehydration.

It is caused by a microorganism called Giardia. Animals and people can be infected by consuming food or water that is contaminated with Giardia cysts. Once in the gastrointestinal tract, the cysts transform into highly motile protozoa and divide rapidly. They then attach to cells of the upper small intestine in massive numbers, where they produce disease by blocking absorption, competing for nutrients, and producing toxic substances. Giardia can severely damage the cellular lining of the small intestine to the point of producing permanent scarring.

Metronidazole is usually the drug of choice for treating giarddia, but some veterinarians prefer to treat it with Panacur.   In stubborn cases, your vet may treat with one and then the other. Both methods are effective, as long as you keep a close watch, making sure the antibiotic or wormer is working.

Remember, In puppies, a loose, diarrhea stool can be a sign of worms, giardia or coccidia. A simple (fresh) stool same taken into your veterinarians will save you the price of an office call and most vets will just prescribe whatever you need from the sample - provided they have seen your puppy previously. 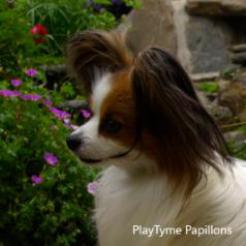 What on Earth are Coccidia?

Coccidia are single celled organisms that infect the intestine. They are microscopic parasites detectable on routine fecal tests in the same way that worms are, but coccidia are not worms and are not susceptible to deworming medications. They are also not visible to the naked eye. Coccidia infection causes a watery diarrhea that is sometimes bloody and can be a life-threatening problem to an especially young or small pet.

WHERE DO COCCIDIA COME FROM?

Oocysts (pronounced o'o-sists), like those shown above, are passed in stool. In the outside world, the oocysts begin to mature or sporulate. After they have adequately matured, they become infective to any host (dog or cat) that accidentally swallows them.

To be more precise, coccidia come from fecal-contaminated ground which is prevelant today with the practice of farming and fertilization with fecal substances and raw sewage. They are swallowed when a pet grooms/licks the dirt off itself. In some cases, sporulated oocysts are swallowed by mice and the host is infected when it eats the mouse. This is a common parasite and is not necessarily a sign of poor husbandry.

WHAT HAPPENS INSIDE THE HOST?

As the intestinal cells are destroyed in larger and larger numbers, intestinal function is disrupted and a bloody, watery diarrhea results. The fluid loss can be dangerously dehydrating to a young or small pet.

HOW ARE COCCIDIA DETECTED?

A routine fecal test is a good idea for any new puppy or kitten whether there are signs of diarrhea or not as youngsters are commonly parasitized. This sort of test is also a good idea for any patient with diarrhea and is recommended at least once a year for healthy dogs and cats as a screening test. The above photograph shows coccidia oocysts seen under the microscope in a fecal sample. Coccidia are microscopic and a test such as this is necessary to rule them in. It should be noted that small numbers of coccidia can be hard to detect so just because a fecal sample tests negative, this does not mean that the pet is not infected. Sometimes several fecal tests are performed, especially in a young pet with a refractory diarrhea; parasites may not be evident until later in the course of the condition.

HOW IS COCCIDIA TREATED?

The most common medicines used against coccidia are called coccidiostats. They inhibit coccidial reproduction. Once the numbers stop expanding, it is easier for the patient’s immune system to catch up and wipe the infection out. This also means, though, that the time it takes to clear the infection depends on how many coccidia organisms there are to start with and how strong the patient’s immune system is. A typical treatment course lasts about a week or two, but it is important to realize that the medication should be given until the diarrhea resolves plus an extra couple of days. Medication should be given for at least 5 days total. Sometimes courses as long as a month are needed. In dogs and cats, sulfa-based antibiotics are the most commonly used coccidiostats.

The use of sulfa drugs in pregnancy can cause birth defects. Sulfa drug use can also lead to false positive test results for urine glucose. There is another medication that is worth mentioning and that is lPonazuril, a large animal product. This medication is actually able to curtail a coccidial infection in five doses or less and has been used in thousands of shelter puppies and kittens with no adverse effects. This product would seem to be superior to the usual sulfa drugs, but the problem that keeps it from becoming a mainstream treatment is the fact that it is available only as a paste for horses and must be diluted down to create an appropriate small animal formula. The large volumes of product yielded are not cost effective if only occasional patients are treated for this parasite. Ponazuril is thus most commonly used in kennels, catteries, and animal shelters though one may be pleasantly surprised to find it in stock at one's regular veterinary office.