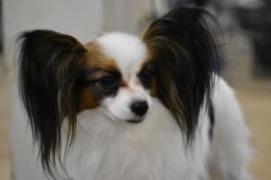 With dog flu prevalence on the rise, veterinarians must understand not only how the virus presents but also how to address prevention with clients.

This summer, pockets of reported dog flu outbreaks popped up in New York, Connecticut, and Michigan—with more than 90 cases in Michigan alone. Currently, at least 1 strain of the virus (H3N8, H3N2) is present in 46 states. Why the continued rapid spread across the country? And is there a way to get ahead of it?

According to Karen Stasiak, MSN, DVM, veterinary medical lead, biologicals, at Zoetis, the continual reports aren’t simply the result of increased media attention. “I know that we’re seeing more canine influenza,” she said. “And it’s largely due to the lifestyle of today’s dog.”

Dr. Stasiak grew up on a farm, and her dog never saw any other dogs. “But now humans and their dogs like to go out. They like to go to the pet store; they go to doggy day care,” she said. “Even in the backyard, just from the fence line, dogs have the chance to pick up the virus.”

Because of the way the virus spreads and presents, there’s ample time for an infected animal to transmit the flu before its owner ever has an inkling that something is amiss.

“The H3N2 canine influenza is shed for a longer period of time,” Dr. Stasiak explained, “so the dogs are able to spread it more easily and the virus is able to live on surfaces for up to 48 hours. And this all happens before a dog shows any clinical signs, so the dog can be out and about and look fine, yet it’s shedding large amounts of virus.”

The Diagnosis You Might Be Missing
Unfortunately for veterinarians, pinpointing that a dog has the flu isn’t a straightforward process because the signs—cough, runny nose, fever, anorexia, lethargy—are common across all respiratory pathogens. Because of this, Dr. Stasiak said, it’s not until a veterinarian notices a drastic spike in patients with respiratory concerns that testing for influenza comes to mind.

“If you look at that data, we’ve had thousands of dogs sick with canine influenza in the United States, but it’s going to be one of those instances where we don’t really know how widespread it is because it’s not something that is regularly tested for,” she said. “I tell veterinarians, ‘By the time you think you’ve seen 1 case of dog flu, you’ve really seen more than 1.’”


The Risk of Secondary Infections
Once a dog becomes infected with influenza, there’s little that can be done to treat the virus. “The antivirals that are used in people have not been shown to be efficacious [in] dogs,” Dr. Stasiak said.

Instead, caring for an infected dog is going to be largely supportive in nature, with a focus on preventing secondary infections. “Really all you’re left with is supporting the dog’s hydration,” she said. “Veterinarians can use anti-inflammatories to help with the fever, oxygen therapy is required, and suction therapies can be used to manage all their secretions.”

Signs, she added, can persist for 2 to 3 weeks.

It’s also not uncommon, according to Dr. Stasiak, for a respiratory infection to allow other pathogens to infect once it gets into the lungs. “We see this quite commonly, where there is an increased severity of signs, [and] dogs get pneumonia more readily and maybe [do] not survive influenza when they’re infected with more than 1 organism.” This is an underscored concern with puppies, senior dogs, and dogs that are immunocompromised.


Don’t Forget About Cats
When it comes to the spread of influenza, Dr. Stasiak said too few people consider how cats factor into the equation. Because there is neither a vaccine nor a treatment for feline influenza, the only way to protect the cat population, she explained, is by preventing the flu in dogs and people.

“Thinking about protecting our cat population by preventing flu in our dog and human populations is really important. I also think it’s important to recognize that the widespread outbreaks we’re having are quite easy to prevent through vaccinations. It’s really that simple.”


Practicing Preventive Medicine
Although there is no treatment for canine influenza, effective vaccines are readily available. Admittedly, Dr. Stasiak said, the discussion around vaccination can be tricky because of concerns about overvaccination and letting certain illnesses run their course. Still, she encourages veterinarians to talk with their clients about the importance of preventive medicine and highlight the fact that all dogs are susceptible to canine influenza. “We don’t have immunity in the dog population, so we’re going to continue to see dogs becoming ill,” she said.

Ultimately, Dr. Stasiak suggested that veterinarians speak with their clients about an influenza vaccination much as they do about other routine vaccinations. “The lifestyle risk factors that require a dog to have a Bordetella vaccine are also the same things that put them at risk for canine flu,” she concluded.